It’s hard to believe it’s almost a year since we started 1000 Voices Speak for Compassion. Hard to believe it’s been that long, and hard to believe it’s been such a short time. Time has flown and we’ve done so much! It was in early January 2015 when Lizzi and I had the conversation that led to me putting out an invitation to bloggers to join in writing about compassion on one day. I pressed the button to start the Facebook Group, and within minutes is was clear we had started something people craved. Many of us wrote blog posts inviting others to join us, and the group kept growing at an amazing rate, passing 1000 long before the date of our first event on February 20th.

As I said in the invitation post I wrote, what makes this so different to anything that’s come before is that we are ordinary bloggers from all over the world, from Australia, Singapore, India, the United Arab Emirates, the UK and the US (including Hawaii!) We’re not s

So have we made a difference? I think so. We started partly in response to attacks in Paris and to less publicised attacks in Nigeria and Pakistan. Just last month there were more attacks on Paris, Syrians are still fleeing violence a country torn apart by civil war, Boko Haram is still spreading terror in Northern Nigeria and mass shootings occur almost daily in the United States.

So we haven’t ended violence, we definitely don’t have world peace. If that had been our aim, the initiative would be classed as a massive failure. But it wasn’t our aim. My purpose, in creating the invitation and the group, was to reach out to the many people I saw writing posts along the lines of Lizzi’s  We All Need The Village, posts in which I sensed of a feeling of isolation in the writer, a feeling that not enough people cared, a longing for connection. I thought that if we could get these lonely voices together it would build a sense of community, allow us to see that many people do care. In that aim, I think we have succeeded.

Even those of our members who don’t write much share other people’s posts, both by other group members or just things they’ve seen on the internet. This last category is as important as the rest of what we do – it reminds us that there is kindness all around the world, people do care. Compassion is alive and helping people every day. We need this to nourish us and to feel inspired to keep doing what we do.

We don’t change the world by getting others to change so much as by being the most that we ourselves can be, by connecting with ourselves and through that being able to connect more authentically with other people. For me, it feels so uplifting to read a post in which someone says being part of 1000 Voices Speak for Compassion has helped them in some way or helped them think about something differently. We can’t stop wars by writing blog posts, we can’t even save all the homeless  or the sick, but we can make and do make a difference. We can be the change we want to see.

We’d love to hear from you about what 1000 Voices Speak for Compassion means to you. Our link-up is open from now till Christmas day is over, so do join us! Let us know what this year has meant to you, or just write about any aspect of COMPASSION!

To join the link-up or read the posts, just click on the blue button below. 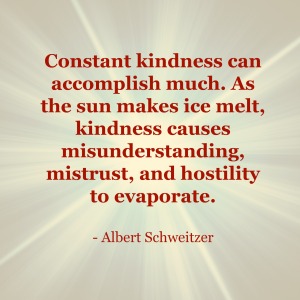 Merry Christmas and Happy Holidays everyone!